Test Your Pet Knowledge With a Quiz!

Who has more varied vocalizations, dogs or cats?

If you guessed dogs, you’re totally and completely wrong! Cats have up to 100 vocal sounds. Dogs, on the other hand, have about 10! 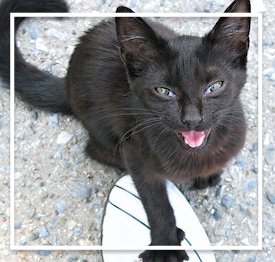 Who received more mail, President Clinton or his cat Socks?

Ok, this one was easy, of course, it was Socks! We wonder if he wrote back?

Dalmatians are born all white – true or false?

If you guessed true, you’re brilliant. They are born white and develop their black spots about a week after birth.

What is a group of cats called?
It’s a kindle (or sometimes a clowder) of cats!
Here are a few other funny animal groups:

The most popular name for a dog is: Max, Sadie, Rover, or Buddy?
If you guessed Max, you are correct! Molly and Sam are also popular, but Max is #1. 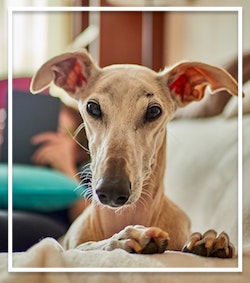 We all know Greyhounds and Cheetahs are fast, but how fast do you think your average house cat can run? Would you guess 20 mph, 30 mph, or 35 mph?

House cats are actually pretty speedy and have been clocked in at 30 mph. Anyone who owns one knows how fast a cat can go; try catching your kitty to put her in a carrier for a vet appointment! Greyhounds are fast, too; they clock in at over 40 mph.

A newborn Kangaroo is the size of a: banana, kiwi fruit, lima bean, or a loaf of bread?

Believe it or not, a newborn Kangaroo is the size of a lima bean! They spend the first 2 months of their lives in their mom’s pouch. When fully grown, a Red Kangaroo is about 200 pounds!

What is the most popular pet in the United States?
There are about 89.7 million dogs in households in our country and about 94.2 million cats. But freshwater fish are actually the most popular pet, with about 139.3 million in fish tanks across the US!

What breed of dog was Toto from the Wizard of Oz: Cairn Terrier, Yorkie, a mixed breed, or a Beagle?

Toto was a Cairn Terrier, a great working breed from the Scottish Highlands. The breed is known for being feisty, intelligent, and fearless.

Guinea Pigs do something called “popcorn” what is this – a favorite snack, jumping in the air, or running in circles? 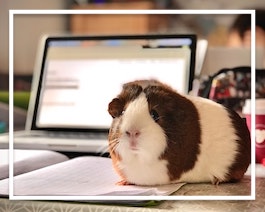 When they are happy, they jump straight up in the air and may include a spin with the jump – that’s popcorning; it’s adorable. They are actually smart and are speedy learners. They make a great first pet, but you shouldn’t get just one; they like to hang with another Guinea Pig!

Now you can amaze your family and friends with a little knowledge and some fun and silly facts about animals!

What Does Your Dog’s Growling Mean?

What Does Your Dog’s Growling Mean?